There is a river
beneath the Yarrow.
This other is a dark
cascade. A black
and ceaseless torrent.
It is the lure
which all rivers
follow. And a line
that you can
never cross. 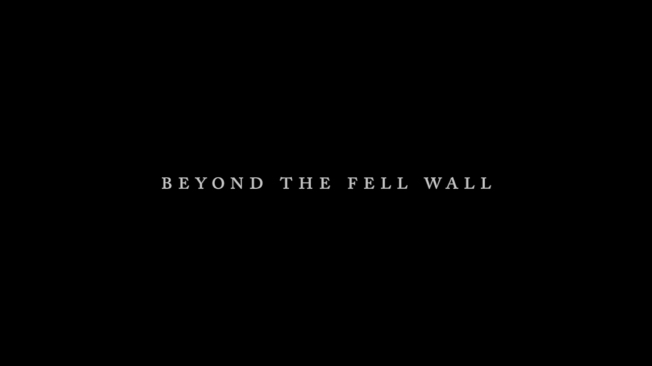 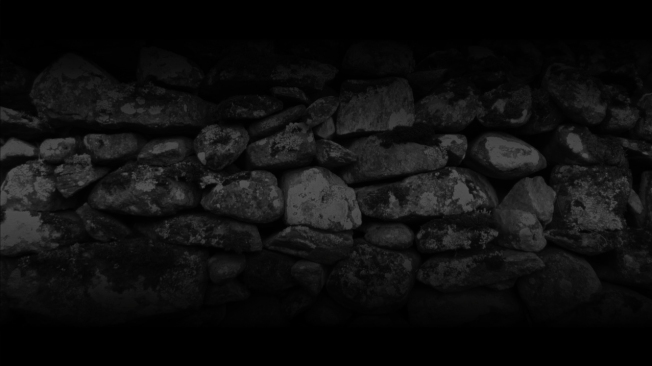 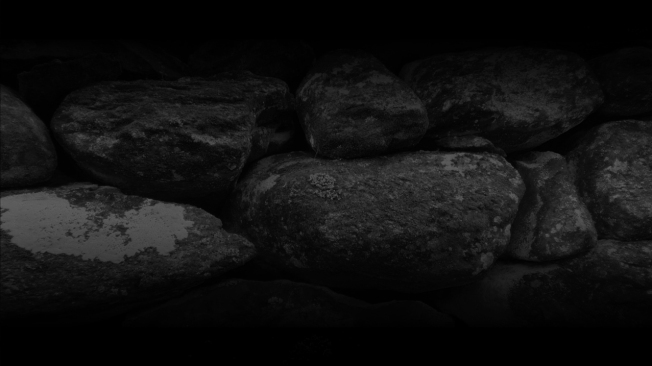 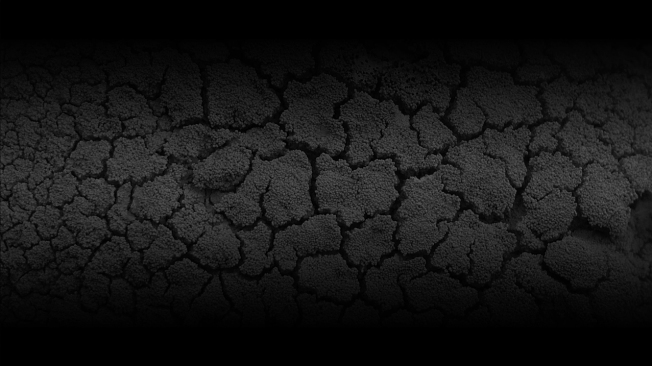 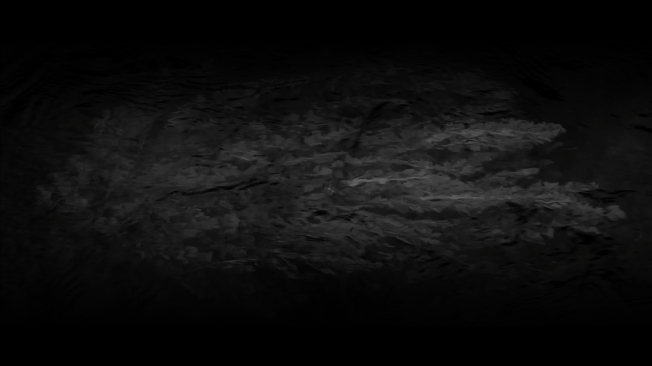 Some stills from the forthcoming short film, Beyond the Fell Wall, made over the last year in the Furness hills of Cumbria.

In early December I was briefly in residence at Snape Maltings, Suffolk, in preparation for the forthcoming ‘Faster Than Sound’ event on March 21st. It wasn’t my intention to begin work upon a piece of music, or to gather materials that might feed into the process of composition. I simply wanted to spend some solitary time residing in the landscape – to acclimatise, and – on some level – to ‘come to terms’ with the place itself. In normal circumstances, getting to know a new landscape happens quite slowly. It unfolds gradually. I wrote in a recent post, Findings, that I have been walking almost daily through the valley in which I currently reside for over 18 months – without a view to ‘responding’, other than through tactful consciousness of my own presence in the landscape. Walking the same solitary path for this duration of time has made me aware of the literal impact of my own footprint. I sometimes feel that I am solely responsible for keeping the path – a situation which makes me feel uneasy.

At Snape Maltings, therefore, any ‘getting to know’ could only be at best superficial. Nevertheless, I felt it important as a gesture: any amount of time, no matter how small, spent in such a manner, is never wasteful. This process was made difficult, however, by a number of complicating factors – chief among them the necessity of negotiating the ‘built environment’. The natural landscape that interested me was the Alde Estuary, with its associated reed-beds, mudflats and river banks, and although the generously donated artist’s studio overlooked a beautiful expanse of wetland towards Iken, it also abutted the large complex of shops, restaurants, galleries, concert halls and residential buildings that collectively comprise ‘Snape Maltings’.

Perhaps I should mention here that my usual day-to-day life is quite solitary – days can quite happily go by in the valley during which I don’t see another person, save for my wife, Autumn. I therefore found it difficult, initially, to adjust – but in retrospect, perhaps the unease that I felt reflects the problems inherent in trying to observe the distinction between ‘man-made’ and ‘natural’; the perils of dwelling on one to the exclusion of the other. In terms of the environment itself, the river Alde was a busy port as far back as the late 15th century, with the ‘Maltings’ complex being built in the early 19th century – the extent to which human settlement and industry has shaped the natural landscape must therefore be considerable.

My stay in Suffolk coincided with a period of heavy tidal surges – the most violent for over half a century. Towns and villages all along the coast received flood warnings, and many were prepared for evacuation. The Snape Maltings complex itself, despite being five miles inland, was under threat from flood water that might surge, aegir-like, back up the river from the sea. As it turned out, the buildings narrowly escaped, although the inundation in the surrounding landscape was plain to see; reed-beds were flattened, defences were breached, fields flooded and farm animals died.

In many ways, this episode dramatically highlighted what might be perceived as an inherent ‘conflict’ between mankind and nature – one that is aptly summarised in this sign, which I discovered out on the marshland path the preceding day:

The River Fights Back : In places along the banks of the river Alde, land was once claimed from the river to create farmland. Defences were built to protect this claimed land. Over the centuries the river has broken through again. The remnants of the defences are still visible, stretching out into the estuary.

But in the aftermath of the flood, I walked along the paved perimeter of the building complex and noticed that it was marked with the bodies of dead worms, killed, perhaps, by the encroaching salt water which had since receded. I couldn’t help but wonder at what kind of testimony was hidden amongst these contorted shapes? They seemed to me to story a miniature apocalypse – the frozen glyphs of a silent agony, a series of mimetic, accusatory gestures, alluding to the nature of their killer – the river itself. What struck me most forcibly, however, was this thought: that although we are apt to characterise ‘violent’ nature as an anti-human aggressor, nature itself makes no such distinction, and inflicts damage and devastation without favour or prejudice.

Towards the end of my stay, despite my intention to resist the urge to ‘make work’, I began to make a series of drawings, some of which are scattered throughout this post. With hindsight, I can’t help but think there is something of that violence in them, something of those ‘frozen glyphs’ that I saw in the early morning after the floods. Another memory also stays with me – that I saw, on the day before the floods, a single, stunted oak tree, growing amongst the reeds in a low-lying field. I visited the area the next day. It was bitterly cold and the whole field was submerged, with not a hint visible of what lay beneath. I remember staring at the spot where the oak stood, in those watery depths, until I could stand it no longer, and turned away.

The ‘glossary’ that comprises the latter section of Limnology is a digest of many other texts, presented literatim. However, in the case of O’Reilly’s Irish-English Dictionary of 1864, the process of transcription involved the perpetuation of an inconsistency, namely the omission of certain diacritic marks. The dictionary in question presents each word in a Gaelic script with full diacritics, followed by a Roman equivalent in which some of the diacritics are resolved into additional characters, and others – namely the acute accent – are simply omitted. At the time of its compilation, my intention was to render the source texts as faithfully as possible, to represent their ‘truth’ transparently – to treat them as a kind of object-artefact. As such, any intervention on my part felt like a distortion or misrepresentation.

The issue of replicating existing ‘errors’ is compounded by the fact that I have also introduced those of my own making. To my knowledge these are largely typographical, such as the omission of ‘v’ in ‘vatn’ (for ‘vatn-staðr’) but I also inadvertently gave the Irish word cómhshollus (‘constellation’) a new meaning (‘the confluence of streams’). The above errata card contains those errors of which I am currently aware. In future editions of the book I will perhaps attempt to correct my own mistakes, whilst preserving the rest of the text intact – adding a footnote to highlight any known ‘issues’ with the historical texts, such as the one outlined above.

A continuation of Limnology – 38 ‘ings’ found in dictionary definitions of water-words, arranged in a grid and used as the source of a new text work.

Become a Ford comprises an 11-page text, published as a pamphlet in an edition of eleven, each accompanied by a unique 148 x 210mm print in the form of a page from the text itself, printed on 425gsm aquarelle card, signed and numbered.

Some images from Limnology, installed at the Paul Stolper Gallery, London, April 29th – May 1st, as part of “The Silence Between” series.

Limnology will be installed at the Paul Stolper Gallery, London, April 29th – May 1st, as part of “The Silence Between” series.

The exhibition will incorporate the music on headphones and a specially commissioned case-bound edition of the accompanying book, presented on a V-shaped display cradle – imitating a valley through which the text/river flows.

The music and book will be accompanied by a series of five new prints, one of which can be seen above. Each is a form of palimpsest – the 1000+ word glossary of ‘water words’ overwritten by an almost asemic patterning of characters derived from the glossary itself, but virtually unreadable. These texts, like many of those within the Limnology book, dramatise the poem which originally appeared in Landings:

What line did the river first write in the valley?
What sense, made over and over, now senseless?

(A syllabary, loosened
from grit and clay.)

What is the true note deep within the foss,
heard, straining, above the froth and laughter?

An ancient, unchanging music
that scores valleys,
intones, beckons,
ushers them
into existence.

Limnology: texts and music for rivers, lakes and other inland waterways.
Forthcoming via Corbel Stone Press.